Make a no-obligation appointment for a compatibility exam 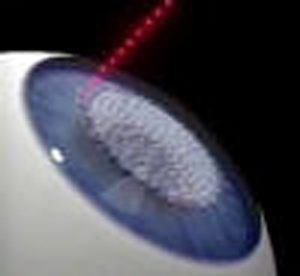 The surgery consists of two phases:

1. Opening a treatment flap in the cornea with a precise, computerized laser beam produced by a state-of-the-art laser instrument rather than with a surgical scalpel.

2. Modifying the cornea with the aid of an excimer laser, which redesigns the convex of the cornea and adapts it to the needs of the patient. This operation assures optimal results for the patient.

Advantages of the Intralasik Technique:

Side effects of the Intralasik method are extremely rare. As with every surgery, this surgery does have risks, such as developing an infection. However, strictly following the doctor's instructions and taking the medications as ordered will significantly reduce this risk.

Who is a suitable candidate for this surgery?

This surgery is suitable for anyone who is found suitable in the compatibility examination, as well as previously inoperable patients, as detailed above. The surgery is also suitable for those who are afraid of opening a treatment flap using a surgical scalpel.

* The people who are seen in this website's pictures are not patients.
עיצוב אתרים ופיתוח - design-studio.co.il